It is no secret that Fiji is home to some of the world’s best waves. Cloudbreak and Restaurants, Fiji Pipe and Frigates are names that are synonymous with surfers from around the world, and these locations have become a Shangri La for surfers since the early 1980’s.

However, the Fijian archipelago consists of 300+ islands scattered through the South Pacific Ocean and a large majority of these islands are mostly unexplored by surfers.

In the age of Google Earth and swell forecasting websites, it’s extremely rare a surfer would ever feel like they are exploring uncharted waters or have discovered a new treasure. My last surf trip to Fiji I felt like I was the only surfer for 100kms and maybe I nearly was.

I first heard about Maqai Beach Eco Surf Resort 12 months ago. A small surf camp set up by an intrepid bunch of surfers looking to escape the crowds and find their own slice of surfing paradise. Consistent quality waves; uncrowded; affordable; relatively easy access…..I found it hard to believe that such a place could still exist these days! 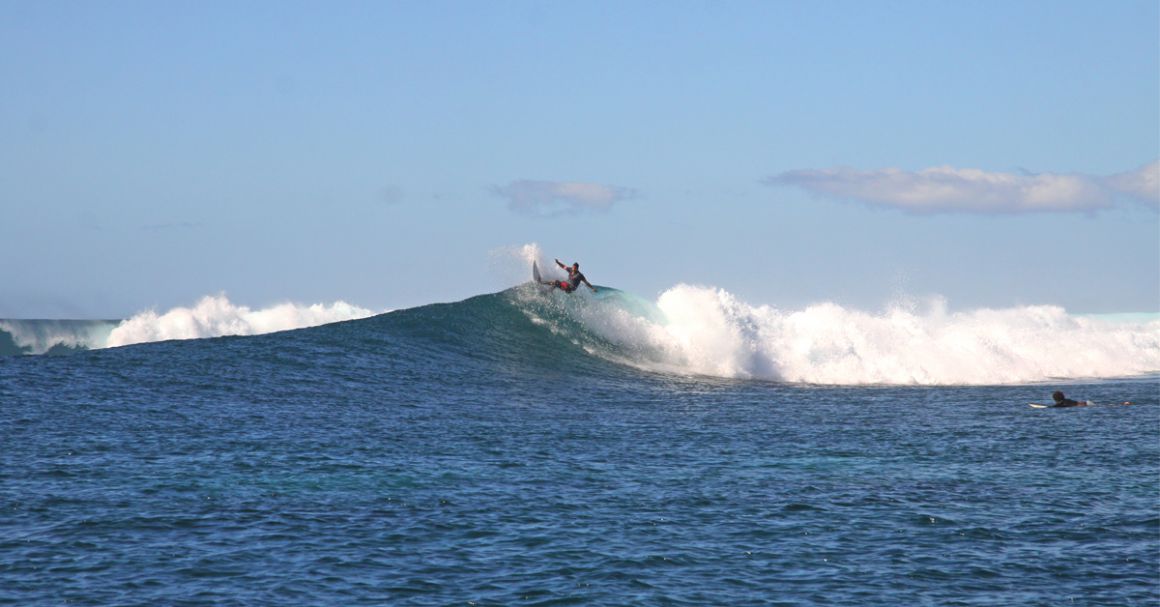 I scoured maps, studied swells and discovered the prime wind/swell window November to April coincidently aligned with my annual leave, I had to check it out.

Family holidays based around surf trips are nothing new for my wife and 3 year old son and the promise of a secluded beach surrounded by tropical rainforest with 24C+ degrees crystal clear water meant they were easily persuaded.

From Australia we flew overnight from Melbourne to Nadi (flights leave most Australian cities daily); once at Nadi Airport cleared customs, collected luggage and walked over to the domestic terminal.

At the domestic terminal a 20 seat Twin Otter plane was waiting for a one hour flight over to Taveuni Island where we were met at Matei Airport by the Maqai Beach Resort representative. Luggage loaded into the 4×4 van and a short scenic drive along the coast brought us to a small cove where we jumped on a boat for the 30 minute trip over to the resort.

On the trip over to Maqai we passed all the main surf breaks and got an idea of how the setups looked; I was getting pretty amped by this stage. 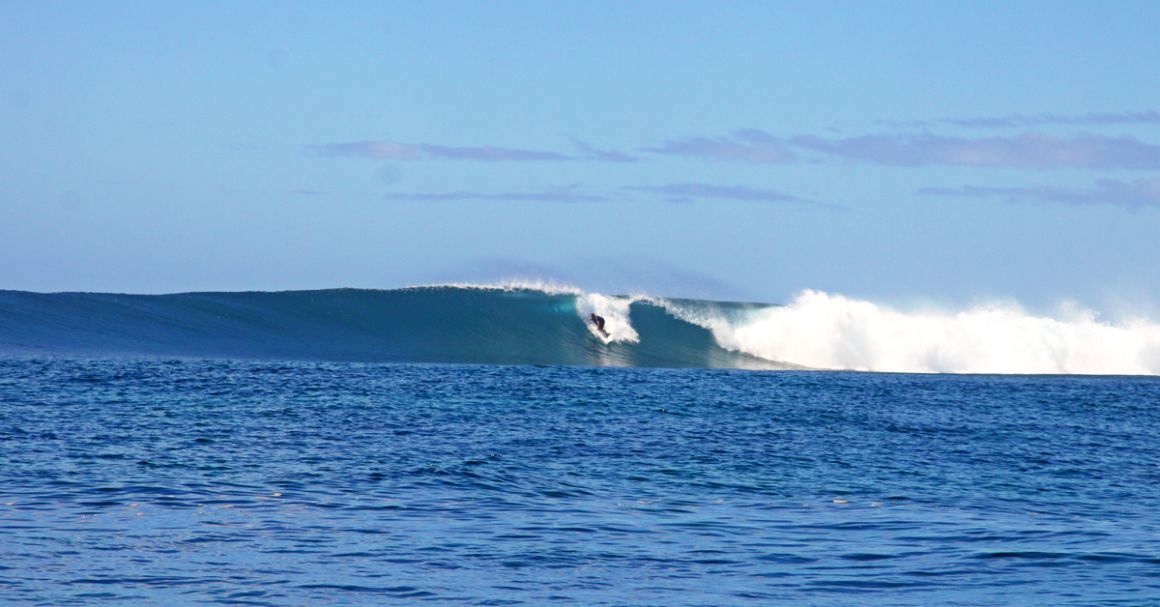 My first trip out to the Maqai Right reef it was easy to see why this is one of Fiji’s best kept secrets.

It felt surreal surfing in mirror conditions with perfect waves barreling down the reef with not another surfer in sight. I can’t even remember the last time I got to pick and choose waves.

I was the only guy surfing for six out of the eight days of my stay at Maqai.

You quickly familiarise yourself with how the wave works.

There is a defined easy entry point mid-way up the reef giving you a long wall to work with, however the further you move up the reef the hollower and longer the wave becomes.

Bigger waves have a long easy going wall, the mid size waves run down the reef a bit quicker giving the wave a “better” shape for faster barrels and sharper surfing through your turns – I enjoyed these conditions the most. 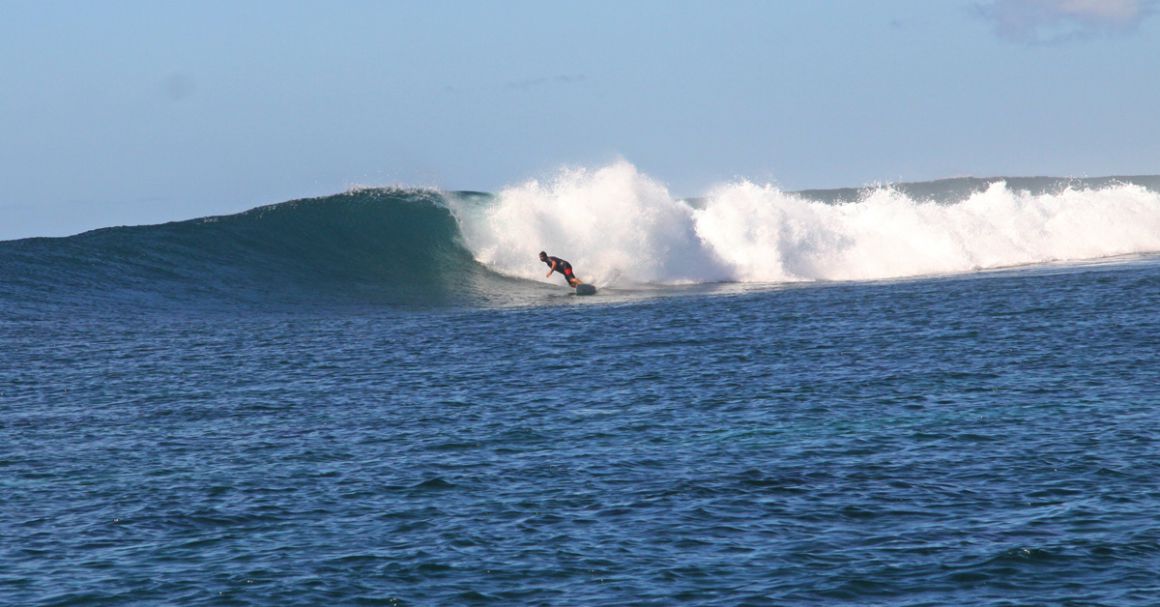 Apart from Chad the surf guide and young Uli; Maqai Beach Resort’s Fijian boat guy; I only surfed with one other surfer being an intermediate level surfer who rode down the end of the reef taking off on the wide rollers and riding them until they faded out into the deeper water.

Maqai Right is one of those rare waves that is perfect for every level of surfer; barreling from out the back but gently rolling way down the reef at the end.

There are a few other breaks in the area that I checked out but Maqai Right is the pick of the bunch and it was firing for my whole stay so just racked up a massive wave count on my own out there. 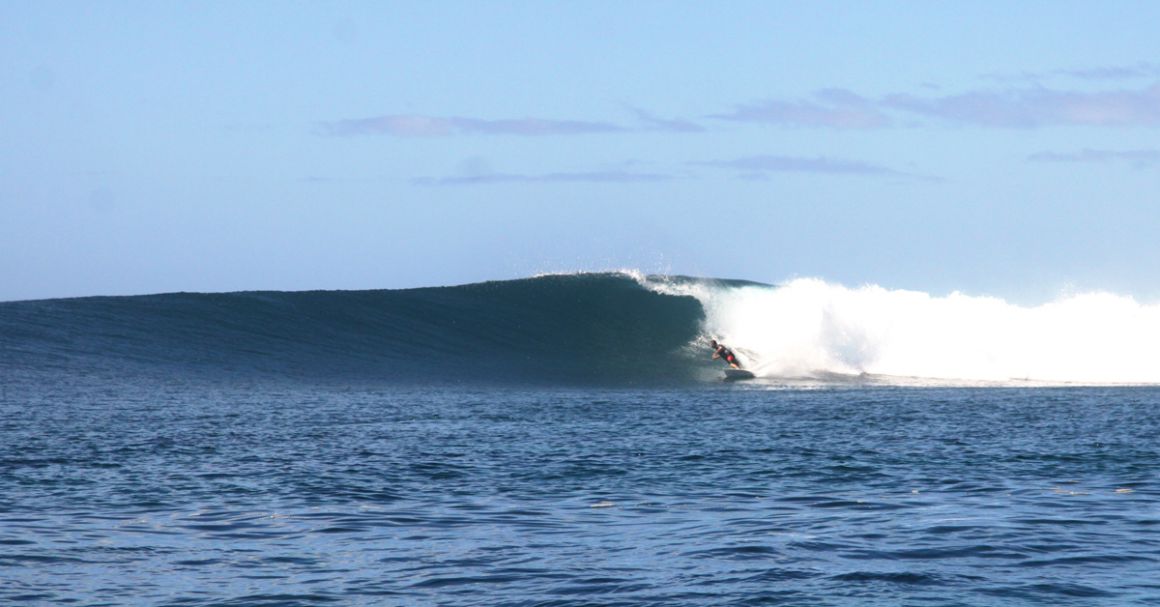 Maqai Beach Resort advertises their bures as “glamping” (glamour camping) however we were pleasantly surprised with how good these simple bungalow style beachfront bures were.

Spacious: Our bure had a queen bed and a single bed, a bathroom with shower and toilet, and plenty of space to store our luggage.

Practical: Mosquito proof as all the louvre windows had fly wire and the beds covered with mosquito nets.

Comfortable: A large deck area with sun lounges right on the water’s edge so you could jump straight into the lagoon. Also new comfy beds – I could even check the surf lying in bed.

Fortunately I didn’t need to check the surf because Jeff, the resort manager assured me it was going to be good for the duration of my stay.

Sandbar Restaurant:  Hearty meals were served up each day and the beer was ice cold which was perfect for the evenings; or gin & tonics and cocktails were also favourites.

I’ve travelled in many countries and surfed some of the world’s best locations in Europe; Indonesia and the Maldives but our trip to Maqai Beach Resort was one of the best surprise gems of my travels; beautiful tropical beachfront location, an awesome break and no hordes in the lineup! 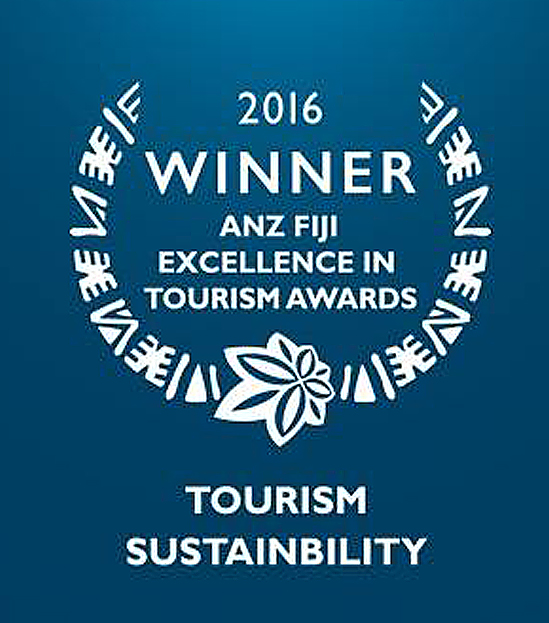 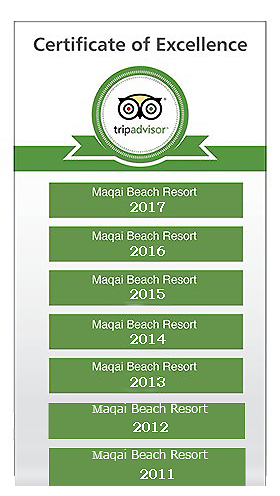 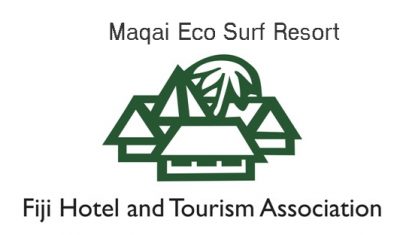